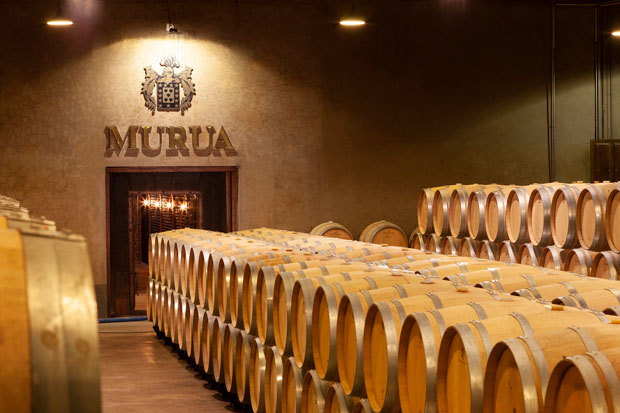 The latest wines from Fillaboa Winery and Murua Winery, both wineries belonging to Masaveu Family Wineries, have been launched in the Spanish capital. The terrace of the Hotel H10 Puerta de Alcalá was the location chosen by the winery group to celebrate this special event with a small number of guests who had the opportunity to enjoy a sensorial relaxation experience that teleported them to landscapes, aromas and sounds from the Murua and Fillaboa wineries, situated in Elciego and Salvaterra Do Miño respectively. Afterwards they were invited to discover the impressive organoleptic qualities of the wines, guided by the oenologists.

Fillaboa 2018, Fillaboa Selección Finca Monte Alto 2017, Murua Blanco Fermentado en Barrica 2017, M de Murua 2016 and Murua Reserva 2010 were the wines presented, being the latest wines from each winery to be launched on the market. The oenologists Juan Glaría (oenology director of the winery group), Isabel Salgado (oenologist at Fillaboa Winery-DO Rias Baixas) and Mathieu Barrault (oenologist at Murua Winery-DOCa. Rioja) have explained the peculiarities, discoveries and secrets of their newest creations to those in attendance.

The tasting finished with a cocktail during which the guests, as well as tasting one of the most emblematic wines of Masaveu Family Wineries, Leda Viñas Viejas 2016 (Wine from the Land of Castilla y León), were surprised with a magic show. To end the evening they raised a toast with the distinguished ice cider Valverán 2016 (Sariego, Asturias).

Regarding the Murua wines, they highlighted, amongst many other interesting facts, the new concrete tanks used for M de Murua 2016, as well as the exhaustive control of the vineyards thanks to the three weather stations located in different areas, which enable them to make accurate and quick decisions ahead of possible future adversities. By listening to nature, the estate vineyards can be meticulously cared for daily. Furthermore, strong commitment to sustainability, respecting the natural course of the vineyard and the use of the latest technology (optical sorter table using vision cameras and state-of-the-art Pellenc destemmer), Murua has achieved more balanced and elegant wines with a French flair.

As for the Fillaboa wines, the aging on lees, the use of native yeasts selected on the estate, and the specialization and diversification, even more thorough in these vintages, of each and every plot, they have achieved aromatically richer albariños, smoother, deeper and rounder on the palate.

The event was presided by José Masaveu Herrero, managing director of this amazing wine project which produces over a million bottles annually in its four wineries (Murua, Fillaboa, Leda and Pagos de Aráiz) and its cider mill (Valverán) and which, according to this member of the Masaveu family, “is at its maximum splendor, not only due to the quality achieved year after year but also because of the excellent team of workers that strive each day to offer these gems, in the form of exquisite wines with different tastes and styles, to all of our customers”.

Since then, Masaveu Family Wineries has grown to become a benchmark in the sector, due to the quality of their winemaking in different DO´s and their sustainable philosophy and utmost respect for the land, in their estate owned vineyards, thanks to which they transmit the unique personality of each terroir in each and every bottle. This is the common denominator in each and every project initiated by Masaveu Family Wineries in different parts and regions of the country: Murua (DOCa Rioja), Fillaboa (DO Rias Baixas), Pagos de Aráiz (DO Navarra), Leda (Vino de la Tierra de Castilla y León) and Valverán (Asturias).