Pagos de Araiz launches the new vintage of its most premium wine, Blaneo Syrah 2018, which sports a new image 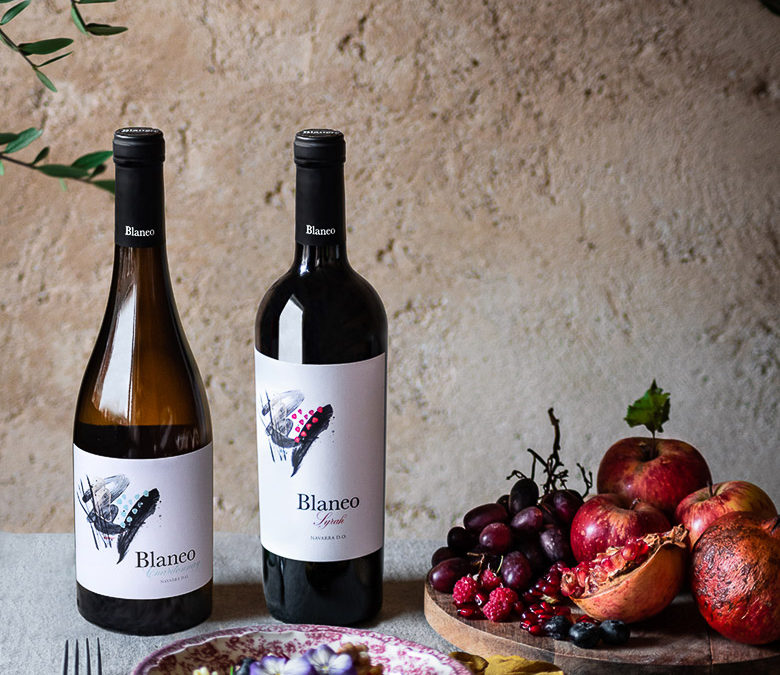 The Navarra winery Pagos de Araiz launches a new vintage of this winery’s most premium wine, Blaneo Syrah 2018 , with a new, more modern and avant-garde image. The launch of this monovarietal coincides with the celebration tomorrow, February 16, of World Syrah Day .

Designed with red tones in honor of the Syrah variety, gold and ocher that represent the soil and the whites and grays of the climate, this label symbolizes, in a daring and carefree way, not only the dynamism of this winery but also its passion for the terroir. , for the world of wine and excellence. In addition, the varnish and the stamping on its finish give more emphasis to this sophisticated design that the 5,500 bottles of this limited production will carry.

The new proposal from Bodegas Masaveu represents the adaptation of this grape variety from southeastern France to the conditions of the estate located in Olite (Navarra), near the Pyrenees. The care of their own vineyards, cultivated in organic farming on two slopes, and surrounded by a continental climate with moderate Mediterranean and Atlantic influences, provide an ideal environment for the correct development of the cultivation of this Syrah variety.

With the new Blaneo Syrah 2018 , the consumer will enjoy a wine with aromas of fresh red fruit , balsamic and tobacco perfectly synchronized with the varietal character. With a wide, full and sweet mouthfeel, it offers a silky finish of ripe fruit.

Aged for twelve months in fine-grain French and American oak barrels, it is a wine that pairs perfectly with red meats and stews with a powerful flavor.

The Blaneo brand represents, with its name and style, the new wines that are based on the words white, which advocates the clarity of its monovarietal essence, and neo, which indicates black, new and novelty. In short, Blaneo is a clear example of this winery’s commitment to great high-quality wines from the DO Navarra.

This wine is released on the market coinciding with the celebration of World Syrah Grape Day , which recognizes the importance and particularity of this grape variety that produces full-bodied wines with many different flavours.

Originally from the Rhône, France, the Syrah grape spread throughout different wine-growing areas of the world, where it is present in Europe, Australia, Chile, South Africa and California. It is considered the third red variety in production behind the Cabernet Sauvignon and Pinot Noir varieties. It is characterized by being a variety that is highly adaptable to different terrains and climates, but specifically in the Middle Zone of Navarra, the complex climate is similar to that of its origins. Syrah is one of the most resistant varieties to the most common vine diseases.

With the acquisition of the Finca de Pagos de Araiz in Olite, by the Masaveu family in 2000, a fresh and daring project germinated in the traditional DO Navarra. This commitment began with the construction of an absolutely avant-garde 14,000 m 2 château-style winery located on the outskirts of the medieval town of Olite. In the following three years, 240 of their own vineyards were planted on this 300-hectare estate around the facilities with different varieties of grapes (Tempranillo, Graciano, Garnacha, Merlot, Cabernet Sauvignon, Chardonnay and Syrah). Its innovative form of management and a wide range of wine tourism, connects Pagos de Araiz to the historical, natural and wine-producing weight of the environment with art and gastronomy. It is the ideal setting for a bright and promising future, linked to the values of Navarra, a classic and emerging wine region at the same time.