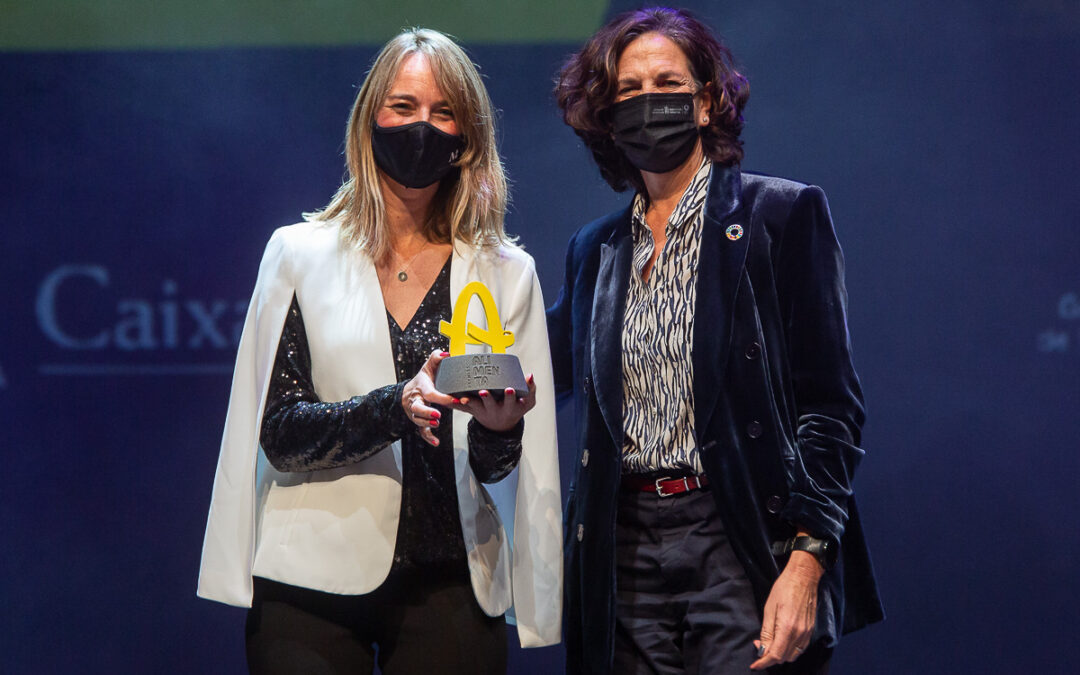 Yesterday, the Navarran winery Pagos de Araiz received the Alimenta Navarra 2021 Award in the Internationalization category for its active participation in international markets, being present in more than 35 countries, with 68% of its total sales going to other countries.

Teresa Muñoz, director of communication and marketing at Masaveu Bodegas, the wine group to which this winery belongs, received this award last Tuesday from Itziar Gómez, councilor for rural development and the environment of the Government of Navarra, this award at a ceremony held at the Gaztambide Theater in Tudela de Navarra, organized by Navarra Capital and promoted by the Navarra Agrifood Cluster (NAGRIFOOD) .

In her speech, Teresa Muñoz excused the absence of José Masaveu, general director of the group, and Javier Torres, director of Exports, who “pre-established travel commitments” had prevented them from attending the gala. “Precisely, the work of promoting the wines that we make in wonderful lands like these is incessant, constant and unstoppable”, she moved on his behalf.

Pagos de Araiz wines are present in more than 35 countries and are currently preparing to land in new markets such as Russia and Brazil. The councilor stated that Pagos de Ariaz “undoubtedly deserves this award for its tough competition and for not having moved away from the Sustainable Development Goals (SDGs), which set the standard to follow in production.”

During his speech at the sixth edition of these awards, promoted by Navarra Capital together with the Navarra Agrifood Cluster (NAGRIFOOD) and sponsored by Eroski and CaixaBank, as well as with the collaboration of the Tudela City Council, the Government of Navarra, the Association of the Ribera Company (AER) and the Union of Agrifood Cooperatives of Navarra (UCAN), Muñoz assured that the award comes after times that have not been easy: “It is a gift that gives us the necessary strength to continue fighting.”

The director of Communication and Marketing thanked the entire winery team that works for Pagos de Araiz wines for the award: the field managers, the winemakers, the wine tourism, communication, sales and logistics departments… She also dedicated some emotional words to the Masaveu family “Thank you for creating such an artistic and beautiful project in Olite”, to its distributors and importers for being their hands, feet and eyes and to their customers and consumers, for “their trust” when choosing a wine.

The rest of the winners were Juanma Garro, president of Laturale, in the category of Professional Career and Personal Development; the startup Nucaps , in Innovation; and Harivenasa , in Sustainability.