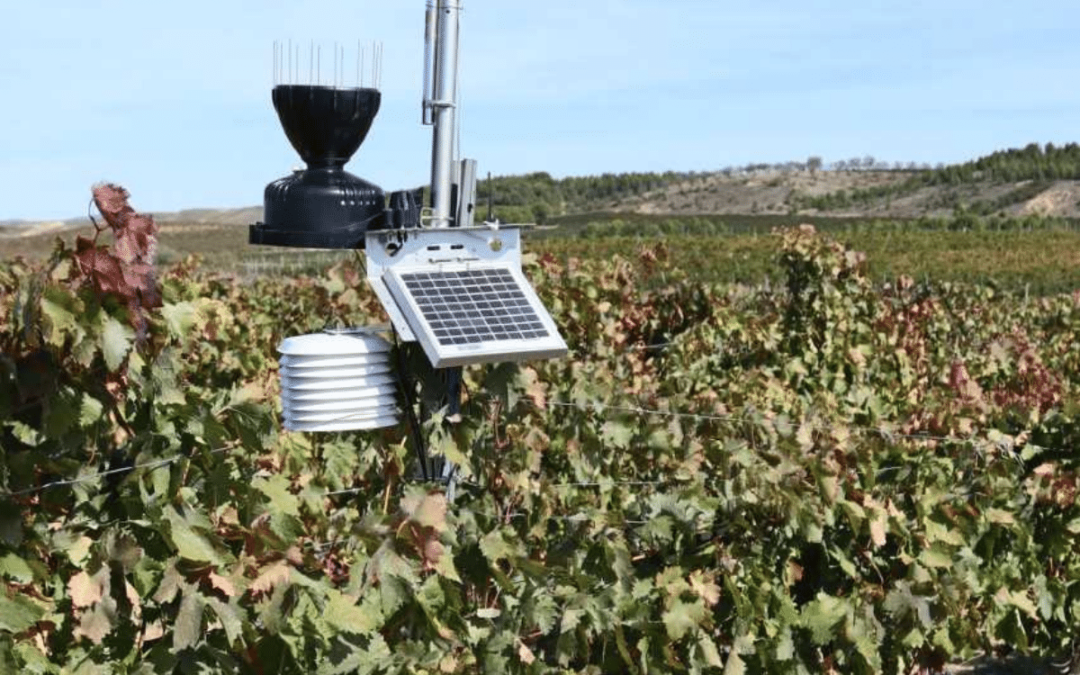 Taking advantage of the use of technology and innovation, the Navarran winery Pagos de Araiz, belonging to Bodegas Masaveu, has been making a strong commitment to sustainability with the development of several research projects aimed at respecting and improving the ecosystem that surrounds winemaking activities .

Along these lines , Pagos de Araiz coordinates the Oivina project , which proposes the development of a predictive model to combat powdery mildew, caused by the fungus Uncinula necator and which is one of the most serious diseases that causes significant crop losses and economic impacts. . Chemical fungicides are generally applied systematically without taking into account the level of real risk when many of the applications of these products are dispensable, generate unnecessary economic expense, accumulate in soils and filter into aquifers, damaging the environment and even human health.

To deal with this situation, Oivina proposes the development of a predictive model for powdery mildew not only specifically adapted to the particular agroclimatic conditions of Navarra , but also taking into account for the first time factors such as the cultivation practices carried out in the vineyard.

In this way, the project implements and combines precision agriculture technologies such as agroclimatic information systems based on sensors and technology that facilitate the collection of data from the plots under study to obtain relevant information. In addition, it incorporates the model developed into a comprehensive crop monitoring tool (DSS), so that the end user can have not only information about the risk of powdery mildew but also other potential diseases.

The Oivina project is financed by the European Union and the Government of Navarra which, through the Department of Rural Development and the Environment, organizes, November 3 to 14 at the Palacio de Congresos y Auditorio de Navarra, Baluarte, an exhibition with information panels on the pilot projects of measure 16.2 of the Rural Development Plan of Navarra 2017-2021, among which is Oivina. This project is developed in collaboration with the Union of Farmers and Ranchers of Navarra, Bodega Otazu Sau and Bodega Cirbonera Sociedad Cooperativa.

Effects of climate change on the vineyard

Currently, Pagos de Araiz owns 32 hectares of vineyards according to the criteria of Organic Agriculture and 210 according to the criteria of Integrated Production with the aim of transforming them into organic in the medium-term future. In addition to the Oivina project, the winery has been developing other actions in accordance with the sustainability strategy common to the entire Masaveu Bodegas wine group.

In collaboration with the University of Navarra, Pagos de Araiz began to develop an R&D project in 2020 to study the effects of climate change on the vineyard . In this way, he has been working on the integrated application of new viticultural and oenological techniques to achieve a better balance in the grape between the compounds typical of physiological maturation and those of phenolic maturation, since the decoupling between these compounds is one of the most important negative effects that change in viticulture causes climate.

This project determines a series of actions to deal with climate change, such as, for example, oenological measures to correct acidity , microbiological techniques to reduce the alcoholic strength , adaptation measures on already established vineyards or cultural measures to delay the ripening of pulp.

Reforestation, planting of hedges and shrubs and water control

Other measures adopted to improve sustainability on the farm have to do with the reforestation and planting of pines in uneven areas of the farm to prevent soil erosion and increase the vegetation and forest mass with the consequent reduction of the carbon footprint. Hedges and shrubs have also been planted to allow, for example, the proliferation of pollinating insects and predators, reducing the use of pesticides and herbicides. Regarding the control and use of water , the winery prioritizes the optimization of irrigation water by monitoring it through humidity probes .

About the Pagos de Araiz Winery

With the acquisition of the Pagos de Araiz estate in Olite by the Masaveu Family in 2000, began a fresh and daring project in the traditional D.O. Navarra. This venture began with the construction of an ultra-modern 14,000-m2château-style winery situated just outside the medieval town of Olite. Over the following three years, 240 hectares of family-owned vineyards, with several grape varietals (Tempranillo, Graciano, Grenache, Merlot, Cabernet Sauvignon and Syrah,) were planted on the 400-hectare estate.

The innovative management method and the wide variety of wine tourism activities on offer connect the historical, natural and winemaking importance of the area to art and gastronomy. The ideal scenario for a brilliant and promising future, linked to the values of Navarra, a classical yet emerging winemaking territory.

The painstaking care taken in the vineyard and the winery award winemaking success, combining our vineyards with the latest state-of-the-art technology which, together with pioneering monitoring procedures, award an average annual production of 500,000 bottles.