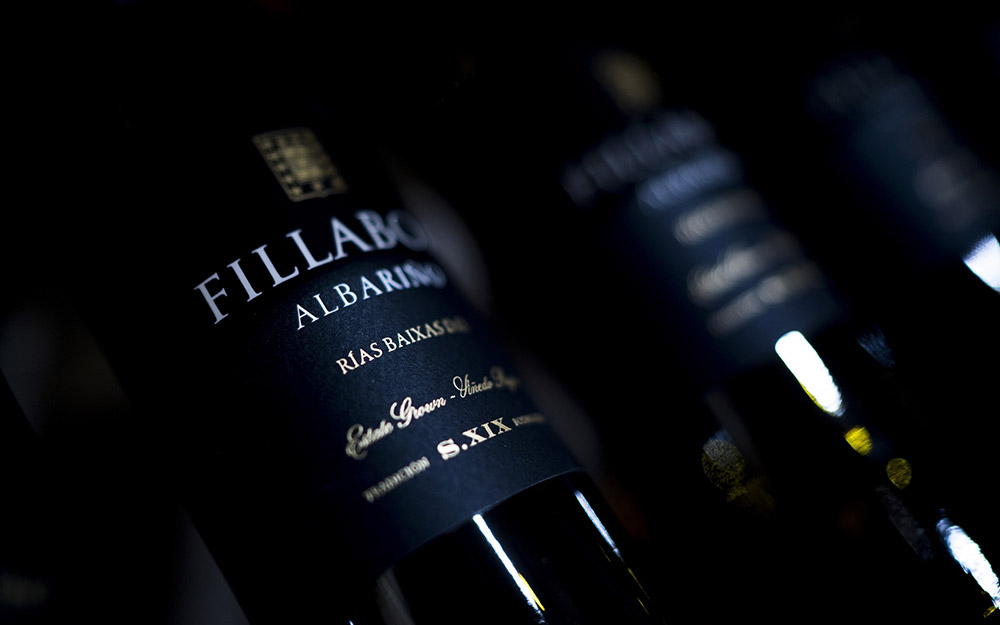 Fillaboa, Bodegas Masaveu’s DO Rías Baixas winery, ranks among the best valued white wines by airlines and their passengers.

Its excellent quality has allowed an important airline such as United Airlines has decided to agree on a contract with the Galician warehouse that will allow incorporate Fillaboa 2018 as official wine in Polaris business class , on long-haul international flights to Europe and South America. United Polaris business class is the American airline’s commitment to exclusivity and excellence, with a service that it provides on the entire fleet of long-distance international flights.

This agreement translates into marketing of 30,000 bottles that will accompany the gourmet menus of the class business chefs from the airline’s executive chefs and chefs from The Trotter Project, a non-profit organization dedicated to mentoring and inspiring a new generation of culinary minds.

The Trotter project arose after the death of American chef Charlie Trotter, a pioneer of culinary avant-garde in the United States who introduced a new form of restoration in the country. His contribution to American and world cuisine was recognised by the initiative that bears his name, which collaborates with the airline that has chosenFillaboa to pair its business classmenus.

In this way, airline customers will enjoy a ‘high-flying’ culinary experience with dishes made with fresh products and flavors from around the world , which will vary each month, accompanied by one of the albariños from Bodegas Fillaboa.

This consecrates the prestige of this wine as a ‘height’ wine, which meets the high quality standards required by the US airline company. This winery has a limited annual production of 200,000 bottles for the sole purpose of controlling the process, that is, the quality of the wine. It is currently distributed mainly in the hotel and restaurant channel, and exports around 40% of its production, mainly to countries such as Switzerland, China, Denmark, the United States and Germany.

Fillaboa 2018 is a fresh, elegant and fruity 100% Albariño white wine, whose fermentation takes place in stainless steel tanks at low temperature, subsequently keeping the wine on the fine lees for six months.

This albariño is one of the three references of the Galician winery, with other prestigious albariños recognised with major international awards, such as, in the case of La Fillaboa 1898, el Best in Show en los Decanter World Wine Awards 2019 (DWWA), la maximum distinction of the contest of most influential wines of the world .

For José Masaveu, general manager of Bodegas Masaveu, “This award is a recognition of the work carried out by a whole team in the production and dissemination of Bodegas Fillaboa whites, which undoubtedly extol Albariños to the highest level of quality, being one of the firm commitments of this wine group,’ he explains.

Fillaboa is a historic country house whose estate has remained indivisible throughout the centuries, being one of the largest, most beautiful and oldest estates in Galicia and the only one that, due to its special characteristics, belongs to Grandes Pagos de España. Behind the 1,600 metres thick stone Wall that protects the property lie the vineyards, the winery and a spectacular rebuilt stately manor house.

54 hectares of Albariño grape vineyards planted on undulating slopes make up the Fillaboa estate, which comprises a total of 74 hectares spread over 12 payments on the natural border with Portugal, next to the Tea and Miño rivers. The rich soils and the Atlantic climate, with mild temperatures due to the proximity of the sea, make Fillaboa a privileged place for growing the native grape, the Albariño.

The Masaveu family began to invest in the wine sector in 1974, when they acquired Bodegas Murua, but the family’s vineyard plantations date back to the mid-19th century, specifically in Castellar del Vallés, where the family originated and where Federico Masaveu Rivell began the steps that his descendants would continue a century later.

Since then, Bodegas Masaveu has grown to become a benchmark, for the quality in the production of its wines in different DO’s and for the environmental philosophy that they demonstrate and the maximum respect for the land, in which it has its own vineyard plantations, thanks to which manage to transmit, in each bottle, the unique personality of each terroir. In this way, each and every one of the projects that Masaveu Bodegas embarks on in different regions are united in a common denominator: Fillaboa (DO Rias Baixas), Leda (Vino de la Tierra de Castilla y León), Murua (DOCa Rioja), Payments of Araiz (DO Navarra) and Valverán (Asturias).