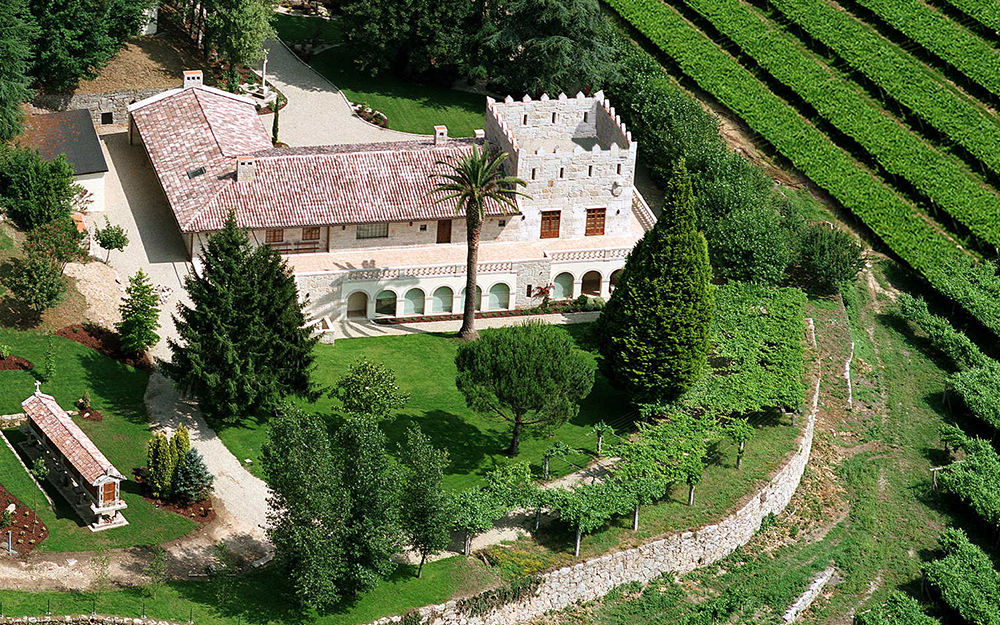 Fillaboa, the Rías Baixas winery belonging to the Bodegas Masaveu wine group, has just been recognized at the International Wine and Women Competition 2020 with the Great Diamond medals for La Fillaboa 1898 2010 and Diamond for Fillaboa Finca Monte Alto Selection 2017 in the category of ‘Still White Wines’ .

This contest, which celebrates its thirteenth edition, has the particularity of being the first world wine contest that values the role of women with a jury made up entirely of women and also rewarding the best wines made by wineries with high participation feminine. This is the case of Bodegas Fillaboa, where the oenologist Isabel Salgado has been working for more than 20 years in this Galician winery directed by José Masaveu and belonging to the Asociación Grandes Pagos de España.

“It is always an honor to see your work recognized, but this recognition makes me especially excited as it is a contest made by and for women. All of us who are part of this project feel very satisfied and greatly appreciate the awardSalgado explains.

A total of 122 different wines from 45 different wine-producing regions have participated in this edition of the contest. Although national participation has been the majority, wines from countries such as Chile, Mexico, Italy, Portugal and Slovenia have also competed. In total, 37 distinctions have been awarded, divided into three Grand Diamond medals, 17 Diamond, 14 Ruby and three Emerald awards. Next November, the Awards Ceremony will take place in the Assembly Hall of the Madrid Chamber of Commerce.

Fillaboa Monte Alto Farm Selection 2017 It comes from the Monte Alto payment, one of the most emblematic plots of Finca Fillaboa. The wine is made in a traditional way, using selected native yeasts and keeping the wine on fine lees for 12 months in stainless steel tanks. It is a great aromatic Albariño wine, fresh, with enormous aging potential, structured and complex.

For its part, La Fillaboa 1898 is an exclusive wine from the 2010 vintage. It comes from the best grapes from eight plots and has been aged for six years on fine lees, which gives this Albariño a volume and roundness on the palate, difficult to find in this type of wine. In addition, it maintains the freshness of young Albariños and enhances the complexity and elegance of great white wines. This wine recalls the 19th century when a wine called “Vino del Condado de Fillaboa” was already sent by ship from that Estate located in the Condado de Tea, in Rias Baixas, near Portugal. In honor of those historic trips, Bodegas Fillaboa decided in 2017 to launch this wine that had been on its lees since 2010.

Fillaboa is a historic country house whose estate has remained indivisible throughout the centuries, being one of the largest, most beautiful and oldest estates in Galicia and the only one that, due to its special characteristics, belongs to Grandes Pagos de España. Behind the 1,600 metres thick stone Wall that protects the property lie the vineyards, the winery and a spectacular rebuilt stately manor house.

54 hectares of Albariño grape vineyards planted on undulating slopes make up the Fillaboa estate, which comprises a total of 74 hectares spread over 12 payments on the natural border with Portugal, next to the Tea and Miño rivers. The rich soils and the Atlantic climate, with mild temperatures due to the proximity of the sea, make Fillaboa a privileged place for growing the native grape, the Albariño.

Since then, Bodegas Masaveu has grown to become a benchmark in the sector, for the quality in the production of its wines in different DO’s and for the environmental philosophy that they demonstrate and the maximum respect for the land, in which it has their own vineyard plantations, thanks to which they manage to transmit, in each bottle, the unique personality of each terroir. In this way, each and every one of the projects that it embarks on is united in a common denominator. Masaveu Bodegasin different parts and regions of the country: Murua (DOCa Rioja), Fillaboa (DO Rias Baixas), Pagos de Araiz (DO Navarra), Leda (Vino de la Tierra de Castilla y León) and Valverán (Asturias).