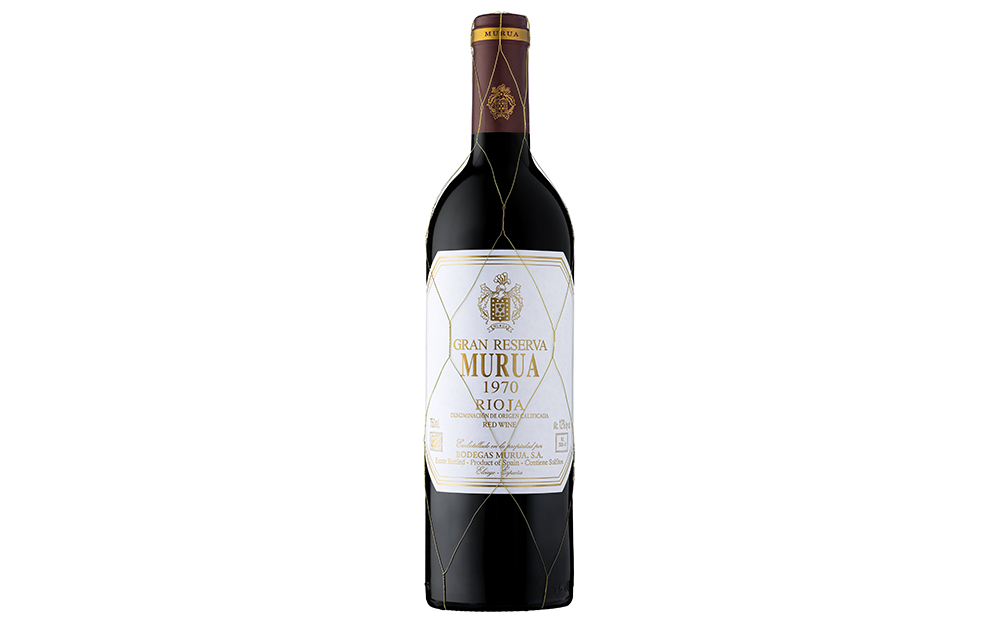 With an aging of 50 years in the bottle, the emblematic winery of Rioja Alavesa has turned to the marketing of an exclusive wine made with grapes from very old vineyards, some almost centuries old, located at the foot of the Sierra Cantabria and close to Bodegas Murua , in the towns of Elciego and Laguardia. The client who acquires a bottle will be able to enjoy an extraordinary experience.

After aging for half a century in the cellar’s underground cellar, the Murua Gran Reserva 1970 wine is a true piece of the history of this Riojan winery, owned by the Masaveu family, being the first to form part of this winery group. Its recovery is a tribute to a wine land par excellence and a thousand-year-old tradition, where the fields of vineyards are the main landscape.

Bodega Murua “rescue” this Gran Reserva 1970, honoring a wine-growing area that denotes elegance and character, which produces great, distinguished and personal wines, which represent the best pairing of Riojan gastronomy. It is also one more gesture in the company’s strategic commitment to sustainability and respect for the environment, making a perfect symbiosis between the wine tradition of the area and new technologies that allow extracting the best of it.

Respect for the raw material

The alcoholic fermentation of Murua Gran Reserva 1970 began spontaneously, without any type of intervention, with total respect for the raw material. After the thirty-one days that the fermentation and maceration processes lasted, malolactic fermentation was carried out on the lees, in 18,000-litre French oak vats. The wine was aged in 225-litre American oak barrels for more than 30 months. Afterwards, a gentle clarification and minimal filtration were carried out before reaching the final bottling, which took place in June 1973.

The rest of the aging has taken place in the bottle itself, in the underground cellars of the cellar, in the total absence of light and vibrations, for almost 50 years.

The result is a mahogany wine with a medium layer and flashes of brick-red color. Of medium intensity, it presents aromas of fruit in brandy, fine woods with hints of spices, joinery or leather goods, damp earth and black liquorice. In the mouth it denotes fruit, acidity and harmony in continuity. It is a velvety wine, pleasant to drink and full of volume, with polished tannins. It has a good step and a very clean route in the mouth. It is a very aromatic red, with hints of tobacco and plums and a remarkable persistence, faithful to the Murua brand characterized by wines distinguished by their finesse and elegance.

1970 turned out to be one of the best vintages of the 20th century, it was classified as “Very Good”, and it is one of the three vintages of that decade that obtained this classification. The wines of that vintage were characterized by being fine and very pleasant on the palate and even light if we compare them with the current fashion for tannic and structured wines, but with very attractive organoleptic characteristics.
Having the opportunity to uncork a Murua Gran Reserva 1970 now is a true journey through the sensory memory of the Rioja winery and also a way of observing first-hand the evolution and work in one of the great wineries of the DOCa. Rioja.
The bottles can be purchased at the Bodega’s online store at a price of 86 euros.

Bodegas Murua, by Masaveu Bodegas, is located in the beautiful town of Elciego, in the heart of the Rioja Alavesa. In an environment of impressive landscapes, the noble main building maintains the structure of the ancestral homes typical of this area of Rioja Alavesa.
The Masaveu family established this winery in the seventies and Murua currently produces 250,000 bottles made with a raw material that reflects the respect for the land that defines the winery group present in different strategic areas of the country: Murua (DOCa. Rioja), Fillaboa ( DO Rías Baixas), Pagos de Araiz (DO Navarra), Leda (Wine from the Land of Castilla y León) and Valverán ice cider (Asturias). Since then, Bodegas Masaveu has grown to become a benchmark, for the quality in the production of its wines in different DO’s and for the environmental philosophy that they demonstrate and the maximum respect for the land, in which it has its own plantations. of vineyards, thanks to which they manage to transmit, in each bottle, the unique personality of each terroir.