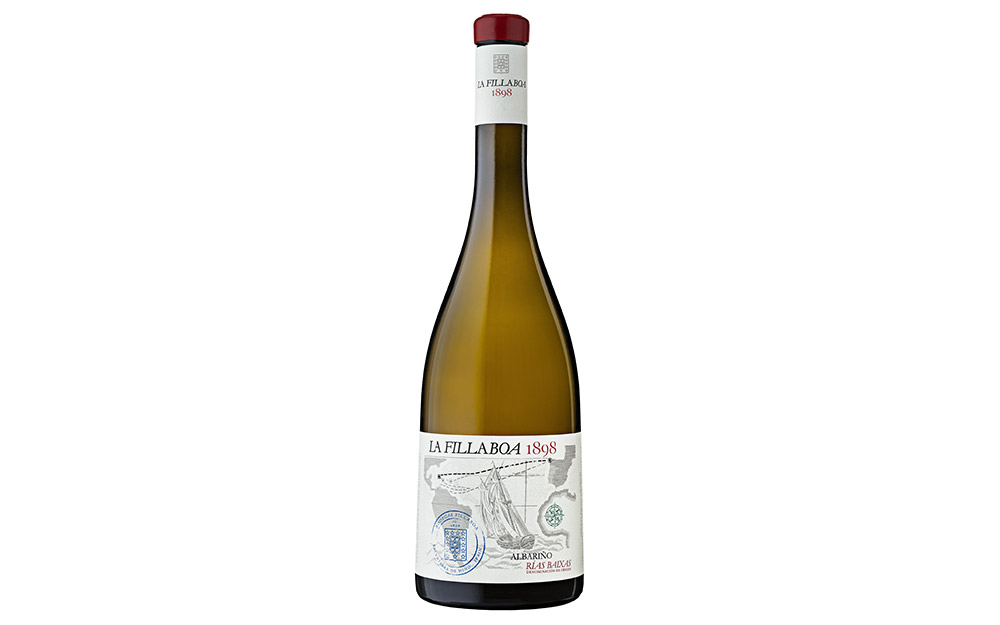 The Spanish Association of Wine Journalists and Writers (AEPEV) has delivered today in Almería the Best Wine of Spain 2020 Awards in its XII edition in which La Fillaboa 1898 2010, produced by the Rías Baixas Fillaboa winery, has been awarded as best White wine without barrel.

The event, held at the Casa Rafael Restaurant in Almería with the sponsorship of the Junta de Andalucía, was attended by Teresa Muñoz, communication director of Masaveu Bodegas, a wine group to which Bodega Fillaboa belongs, who received the award as a representative of the winery. According to the dircom, “This celebration comes at the right time and place of the year to enjoy like never before the freshness and magic of one of the great Spanish/Galician Albariños such as Fillaboa. An award that will further consolidate the prestige of this brand in the place it deserves”

This wine recalls the 19th century when a wine called “Vino del Condado de Fillaboa” was already sent by ship from this Estate, located in Condado de Tea, Rías Baixas, near Portugal. In honor of those historic trips, the Fillaboa Winery launched in 2017 the first sack of this wine from the year 2010 to subsequently carry out four sacks of this wine (the last in 2020), of which it has been bottling some 3,500 bottles a year. .

La Fillaboa 1898 2010 comes from the best grapes from eight plots and has been aged for between six and nine years on fine lees, which gives this Albariño volume and roundness on the palate, difficult to find in this type of wine. In addition, it maintains the freshness of young Albariños and enhances the complexity and elegance of great white wines. The next vintage of La Fillaboa 1898 will be 2016 , a vintage classified as excellent by the Regulatory Council of the Rías Baixas Denomination of Origin. This wine will be released on the market next year after aging on its lees in stainless steel tanks for a minimum of six years.

La Fillaboa 1898 2010 is one of the most recognized and best rated white wines of recent years . So far this year, it has obtained 96 points for the Peñín Guide 2021 and for the Gourmets Guide 2021 and 93 points for James Suckling.

The year 2020 marked, without a doubt, a milestone in terms of its national and international recognition: 91 points for Parker, 93 for Verema, 95 for Guía Gourmets and 97 for Guía Peñín, as well as the Great Diamond Medal award in the International Wine Contest and Woman 2020 or Gran Albariño de Oro at the Albariño al Mundo awards organized by the Spanish Union of Tasters.

They are joined by other recognitions in 2019 such as the Gran Oro award in the Galician Wine, Spirits and Winery Guide 2019 and, above all, the ‘Best in Show’ of the prestigious American Decanter 2019 awards.

Fillaboa is a historical Galician estate that has remained intact over centuries and is one of the biggest, most beautiful and oldest in Galicia and the only one that, due to its special characteristics, belongs to the prestigious Grandes Pagos de España Association. Behind the 1,600 metres thick stone Wall that protects the property lie the vineyards, the winery and a spectacular rebuilt stately manor house.

50 hectares of Albariño grape vineyards planted on undulating slopes make up the Fillaboa estate, which is located in Salvaterra do Miño, on the natural border with Portugal, next to the Tea and Miño rivers, and which comprises a total of 74 hectares spread over 12 different payments. The rich soils and the Atlantic climate, with mild temperatures due to its proximity to the sea, make Fillaboa a privileged place for growing the native grape, the Albariño variety.