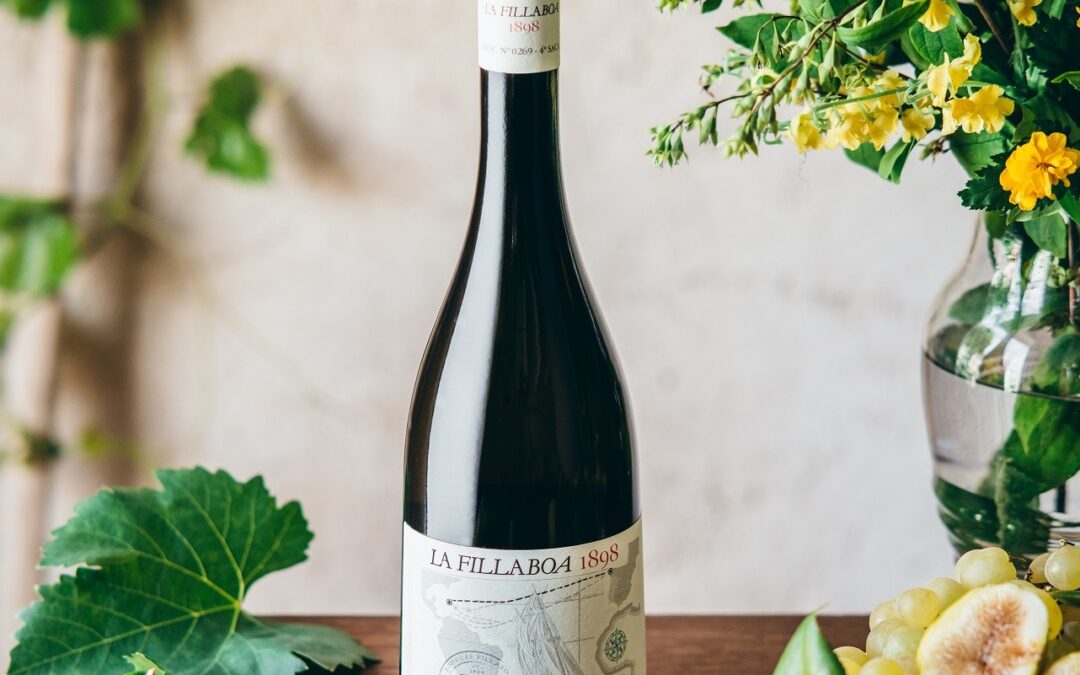 Masaveu Family Wineries, more precisely the Fillaboa Winery (Pontevedra), has just launched the first 6,636 bottles of the new vintage of its white wine La Fillaboa 1898, corresponding to the year 2016. This vintage has been classified as excellent by the Regulating Council of the Designation of Origin, has rested on its fine lees for six years in stainless steel tanksand is considered one of the best harvests in the history of the Fillaboa Winery due to its optimum conditions of ripening and sanitary state. The new vintage reflects the exquisite behaviour and aging of the Fillaboa wine over time, resulting in a white wine with a special and unique aging potential. Masaveu Family Wineries shall launch a second batch of this vintage with a further 6,600 bottles which will be kept on lees until bottling. Due to this wine’s scarcity and prestige, it always runs out of stock before the next vintage is available for sale.

This white wine is made with 100% Albariño grapes which come from the Monte Alto plot, one of the best on the Fillaboa estate. It is the most singular plot belonging to the Galician winery, known for its height at 150 metres above sea level and its silty-clay rocky soils, with good drainage and lots of stones, due to decomposing granite.

La Fillaboa 1898 is a wine with ‘history’ that commemorates the times in the 19th century when a wine then called “Vino del Condado de Fillaboa” travelled by ship to Cuba from the estate situated in el Condado de Tea, in Rías Baixas, near Portugal. In honour of these historical journeys, the Fillaboa Winery decided to launch this wine in 2017.

This wine is a clean and bright straw-yellow with golden hues. La Fillaboa 1898 2016 is an Albariño wine with aging potential that boasts the freshness of young albariño wines and the complexity and elegance of fine white wines. Toasty on the nose, with a syrupy, fruity background, very mature fruit, reminiscent of baked apple and fresh bread. The attack is smooth with volume and long persistence.

One of the most highly regarded and award winning white wines

La Fillaboa 1898 is one of the most highly regarded and award winning albariño wines by experts. In 1921, La Fillaboa 1898 2010 was awarded 96 points by the Guía Peñín and Guía Gourmets 2021 wine guides, and 93 points by James Suckling. 2020 was a milestone regarding national and international awards: 91 points from Parker, 93 from Verema, 95 by Guía Gourmets and 97 by Guía Peñín, the Great Diamond Medal at the International Wine and Woman Competition 2020 and the Great Gold Albariño at the Albariños from the World competition organized by the Spanish Tasters Union. Also worthy of mention are other awards in 2019 such as the Great Gold Award in the Wines, Spirits and Wineries Guide of Galicia 2019 and the ‘Best in Show’ from the prestigious American awards Decanter 2019.

Fillaboa is a historical Galician estate, the estate has remained indivisible for centuries and is one of the largest, oldest and most beautiful in Galicia and the only one that forms part of the Grandes Pagos de España, due to its special characteristics. Behind the 1,600 metre-long thick stone wall that protects the property, lie the vineyards, the winery and the spectacular, reconstructed stately manor.

50 hectares of albariño grape vineyards, planted on rolling slopes, form the Fillaboa estate which covers a total of 74 hectares divided into 12 plots on the natural border with Portugal, alongside the Tea and Miño Rivers. The rich soils, Atlantic climate and mild temperatures due to the proximity of the sea, make Fillaboa a privileged place to grow the native Albariño grape.

The Masaveu family first invested in the wine sector in 1974 when they purchased Bodegas Murua, however the family’s first vineyards date back to the middle of the 19th century, in Castellar del Vallés, where the family originates from and where Federico Masaveu Rivell began a journey to be continued one century later by his descendants. Since then, Masaveu Bodegas has grown to become a reference in the sector, due to the quality of their winemaking in several DO´s and their sustainable philosophy and utmost respect for the land in their estate owned vineyards, thanks to which they transmit the unique personality of each terroir in each and every bottle. This being the common denominator in each and every project initiated by Bodegas Masaveu in different parts of the country: Murua (DOCa Rioja), Fillaboa (DO Rias Baixas), Pagos de Aráiz (DO Navarra), Leda (Vino de la Tierra de Castilla y León) and Valverán (Asturias).