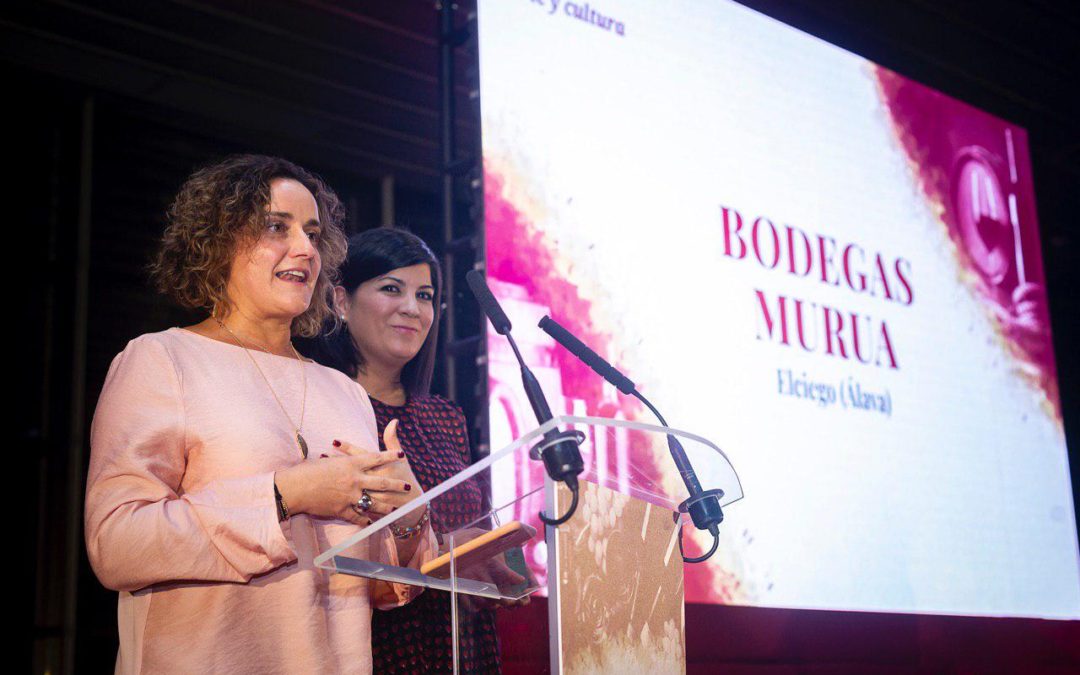 Murua, the winery belonging to Masaveu Bodegas of the DOCa. Rioja located in Elciego, Álava, received yesterday in Samaniego the Best Of 2020 Award in one of the ten international cities and regions that are part of the Great Wine Capitals global network, Bilbao-Rioja.

This competition annually rewards the wineries of each member city that have distinguished themselves in terms of excellence in different categories. The objective of these awards is to promote the efforts of the wineries, encourage and launch initiatives, raise quality standards, as well as the exchange of knowledge between regions and guide wine tourism clients. In the case of Murua, this winery has been awarded in the category of Art and Culture, not only for maintaining the tradition and wine culture of the area but also for having an art collection, owned by the Masaveu Corporation, in its noble building that maintains the structure of the manor houses typical of this area of La Rioja Alavesa.
Chelo Miñana, director of wine tourism at Masaveu Bodegas, who collected the award together with Patricia Pascual, head of visits at the winery, said in her speech of thanks that for the winery “it is an honour to receive this award which recognises the effort and commitment of a family to keep alive the art and culture of wine, which for this winemaking group is another art in itself”.

Bodegas Muruaallows the visitor to discover the exclusive library and a private art collection with sculptures, paintings and engravings from the 16th to the 21st centuries, offering the possibility of enjoying great masters of painting. These exhibitions feature names of such prestigious artists as Miquel Barceló, Francisco de Goya, Álvaro Alcalá Galiano, Tomás Hiepes, Juan de Arellano, Fernando Sotomayor, Francisco Bores or Daniel Quintero, among others, whose works of art decorate the corners of the buildings that make up the Rioja winery. There are numerous works on display in the winery related to the harvest, vineyards and wine, set in taverns or scenes of a traditional nature from different periods, which are complemented by different ethnographic and craft objects linked to wine production. The library is another treasure open to the traveler who comes to Elciego. Unique in the Designation of Origin of La Rioja, the site brings together more than 2,455 books and magazines related to the world of wine from the 16th century to the present day.

Bodegas Murua offers various wine tourism activities to explore and discover the wine culture in which its elegant and expressive wines, as well as its art collection, are present. More information: www.bodegasmurua.com

The Murua winery, by Masaveu Bodegas, is located in the beautiful town of ElCiego, in the heart of the Rioja Alavesa, in an environment of impressive landscapes.

The winery belongs to the Masaveu family since 1974, when it was acquired to make wine privately until, years later, it was decided to remodel it and promote it commercially with a strong commitment to quality.