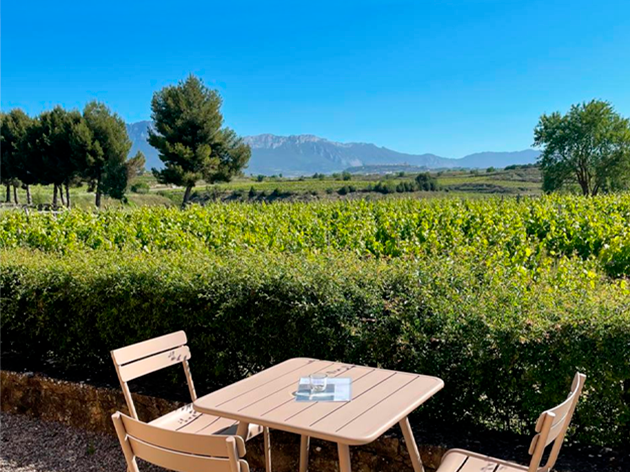 Any time of the year is good to soak up the culture of wine, butMASAVEU BODEGAS proposes taking advantage of the harvest season, with the harvesting of the grapes, for wine tourism. The wine group offers an exciting tour of the ‘golden triangle’ of three of its emblematic wineries : Murua, in the DOCa Rioja; Fillaboa, in the DO Rias Baixas and Pagos de Araiz, in the DO Navarra, which this year expect to collect 1,300,000 kg. from grape.

The three wineries open their doors to the traveler to show them the process that turns the grape into wine, with original and diverse proposals to also discover the vineyards that surround the three wineries -located in very charming buildings-, discover the works of art that hide its walls and taste the wines produced there.

Bike rides through the vineyards of Bodega Pagos de Araiz

Pagos de Araiz is a château -style winery located on the outskirts of Olite, in Navarra, and surrounded by extensive fields of vineyards.

In addition to visiting its facilities to discover the exciting work that, with enthusiasm and nerves, is carried out during the harvest season, the winery proposes to carry out a ride on an electric bicycle -thinking about athletes and those who are not so much- through the vineyards that surround the building, and from which you can see

with spectacular views of the winery and its surroundings. 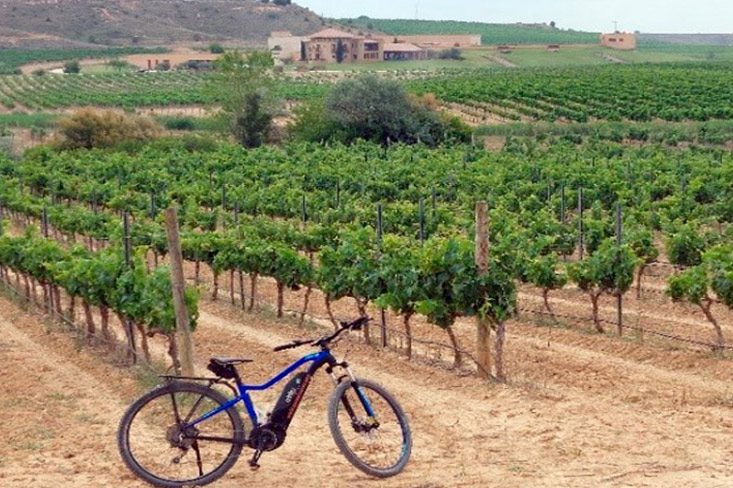 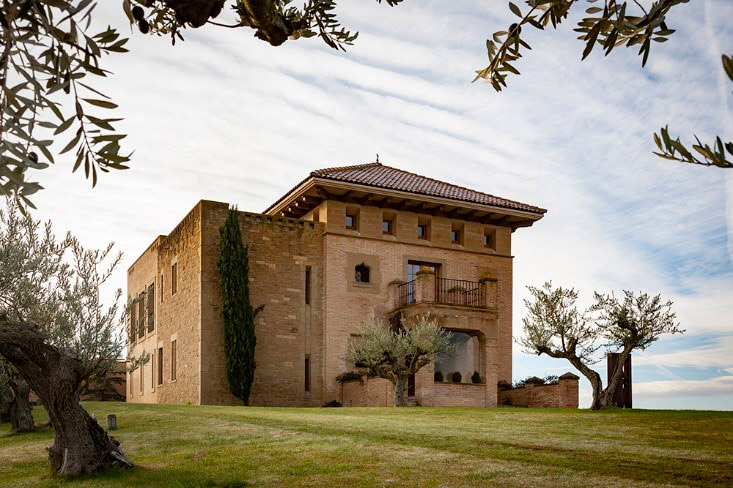 The bike route is complemented by a guided tour that explains the peculiarities of the winery, some of the secrets that winemakers use to give the wines of Pagos de Araiz that unique personality, and the historical environment that surrounds the vineyards.

The experience includes a tasting with wines from the cellar to enjoy a complete
immersion in the landscape during the tour.

Bodega Murua is located in the town of Elciego, in a noble main building, which maintains the structure of the ancestral homes typical of this area of Rioja Alavesa.

The oenological proposal for this time of harvest is to enjoy this special environment at the winebar , which has just extended hours and reinforced its wine list so that all the wineries of the Bodegas Masaveu wine group are represented. 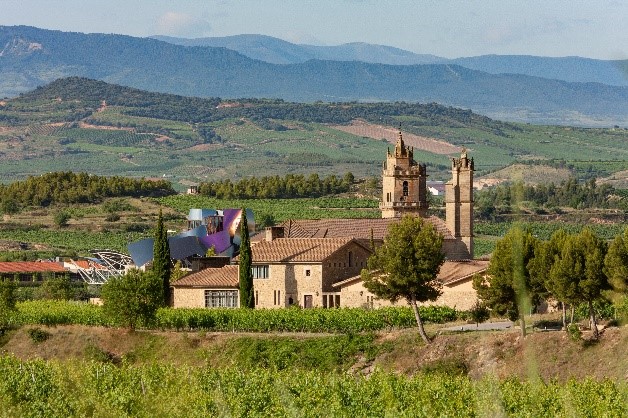 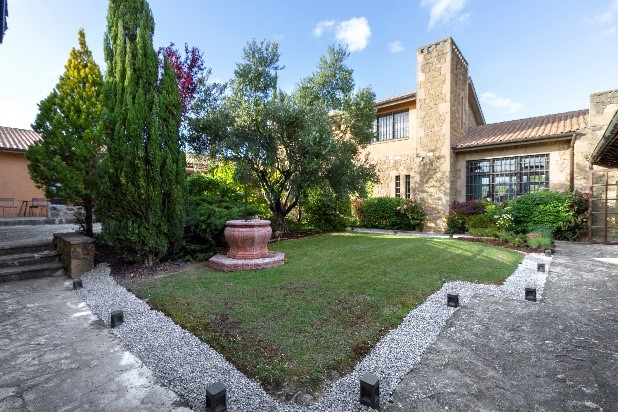 The advantage of Murua is that it allows the winebar to be located in different settings, adapting to the weather conditions and thus enjoying its charming and historic interior patio,
of the rooms that with so much care shelter magnificent works of art or the extensive vineyards at the foot of Sierra Cantabria.

There are numerous works exhibited in the winery and related to the harvest, vineyards and wine, set in taverns or scenes of a traditional nature from different eras, which are complemented by different ethnographic and craft objects linked to production.
vitivinicultural

PVP Winebar: Tasting of 2 wines, €8. Tasting of 3 wines, €12. This experience is accompanied by a small tasting of traditional products from the area and the winery will offer a selection of wines to choose from.

Bodega Fillaboa and its ‘Premium Experience’

Fillaboa is a historic country house whose estate has remained indivisible throughout the centuries, being one of the largest, most beautiful and oldest in Galicia and the only one that, due to its special characteristics, belongs to Grandes Pagos de España.

With the ‘Premium Experience’, the traveler can get to know his surroundings by taking a tour of the vineyard in an off-road vehicle to the Pago de Monte Alto and taste, in a magical setting, the wine that is made with grapes from this Pago and bears his name.

The experience includes a visit to the winery to learn in detail how wine is made, a tasting of wines and spirits accompanied by Galician gourmet products and a visit to the collection of pictorial and sculptural works of art, owned by Corporación MASAVEU. 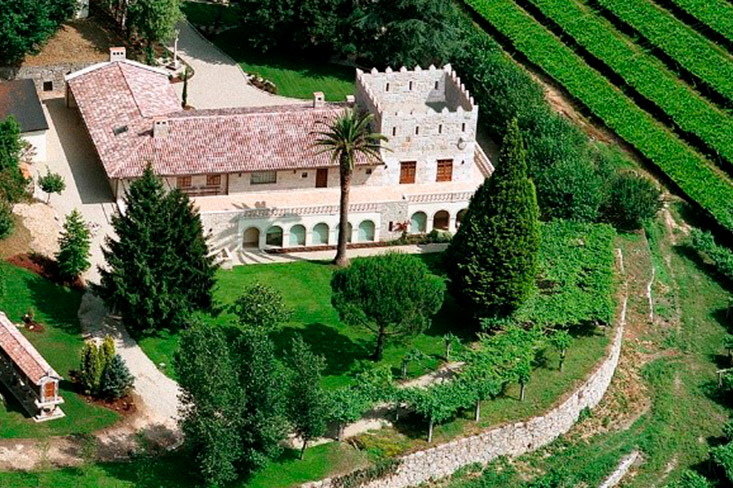 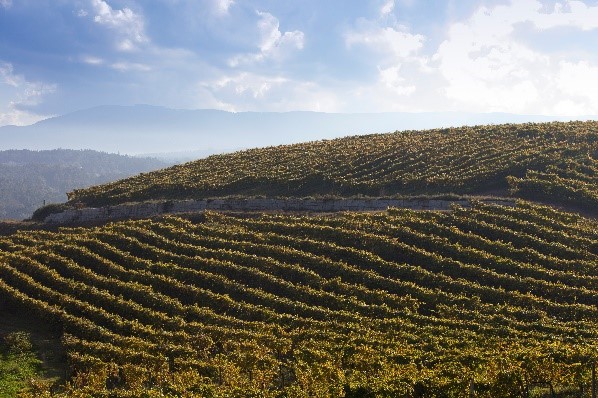 Since then, Masaveu Bodegas has grown to become a benchmark in the sector, for the quality in the production of its wines in different DO’s and for the ecological philosophy that they demonstrate and the maximum respect for the land, in which it has its own vineyard plantations, thanks to which they manage to transmit, in each bottle, the unique personality of each
terroir. In this way, each and every one of the projects that Bodegas Masaveu embarks on in different parts and regions of the country are united in a common denominator: Murua (DOCa Rioja), Fillaboa (DO Rías Baixas), Pagos de Araiz (DO Navarra), Leda (Wine from the Land of Castilla y León) and Valverán (Asturias).