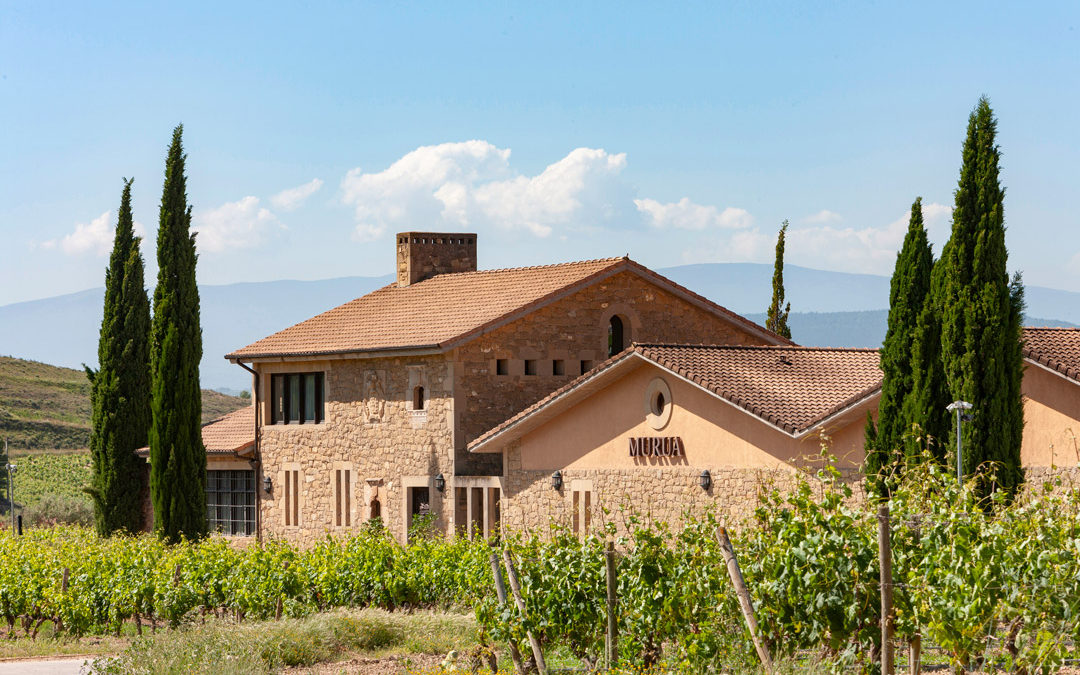 Murua Reserva 2014, made by the Murua winery in Álava, situated in Elciego and owned by the wine group Masaveu Family Wineries, won the Gold Medal at the third edition of theRoyal Casino Madrid Competition held on 6, 7 and 8 April. The organization has a highly experienced national and international team.

This competition promotes the winning wines from 279 important social clubs in Spain and abroad and has awarded prizes to the best wines in three categories: Silver, Gold and Great Gold. A result of 85 points is required for Silver, 90 for Gold, and over 94 points for Great Gold. The competition is rated by a prestigious jury formed by important figures in the sector.

The Royal Casino Madrid was founded in 1836 and is one of the world’s most important private social clubs. The Clubhouse is situated in a unique building declared an Asset of Cultural Interest in 1993, and houses outstanding pieces of art.

Murua Reserva was the first wine to be made by the Murua Winery and continues to be made today, following the inspiration of Mr Pedro Masaveu Peterson. This wine reflects all of the tradition of the Rioja Alavesa and is the flagship winery of this winery group.

This wine is leader amongst the best of this land, a wine with an excellent quality that comes from estate vineyards planted in the surroundings of the winery.

Murua Reserva is a very versatile red wine, made with tempranillo (92%), graciano and mazuelo (8%) grapes. This wine has spent 20 months in French and American oak barrels and has aged for four years in bottle in the winery’s underground cellar to achieve an optimum level of maturity and roundness.

It is a cherry red colour with a garnet edge, the nose is intense, elegant and frank. The fruity and sweet aromas (strawberry, liquorice and plums) mingle with the wood aromas. The mid-palate is balanced, generous and persistent.

About the Murua Winery and Masaveu Family Wineries

Murua, a winery belonging to the Masaveu Family WIneries group, is situated in the beautiful town of Elciego, in the heart of the Rioja Alavesa. In the beautiful landscapes surrounding the winery, a noble main building maintains the structure of the typical manor houses in the area. This winery was bought by the Masaveu family in 1974 and was the first of the five wineries that now form part of Masaveu Family Wineries, a renowned wine group in Spain, present in five different geographical locations. The Masaveu family established this winery in the seventies and Murua currently produces 250,000 bottles made with a raw material that reflects the respect for the land that defines the winery group present in different strategic areas of the country: Murua (DOCa. Rioja), Fillaboa ( DO Rías Baixas), Pagos de Araiz (DO Navarra), Leda (Wine from the Land of Castilla y León) and Valverán ice cider (Asturias).

Since then, Bodegas Masaveu has grown to become a point of reference for the quality of its wines in different DO’s and for the environmental philosophy it demonstrates and the utmost respect for the land, where it has its own vineyards, thanks to which it manages to transmit, in each bottle, the unique personality of each terroir.