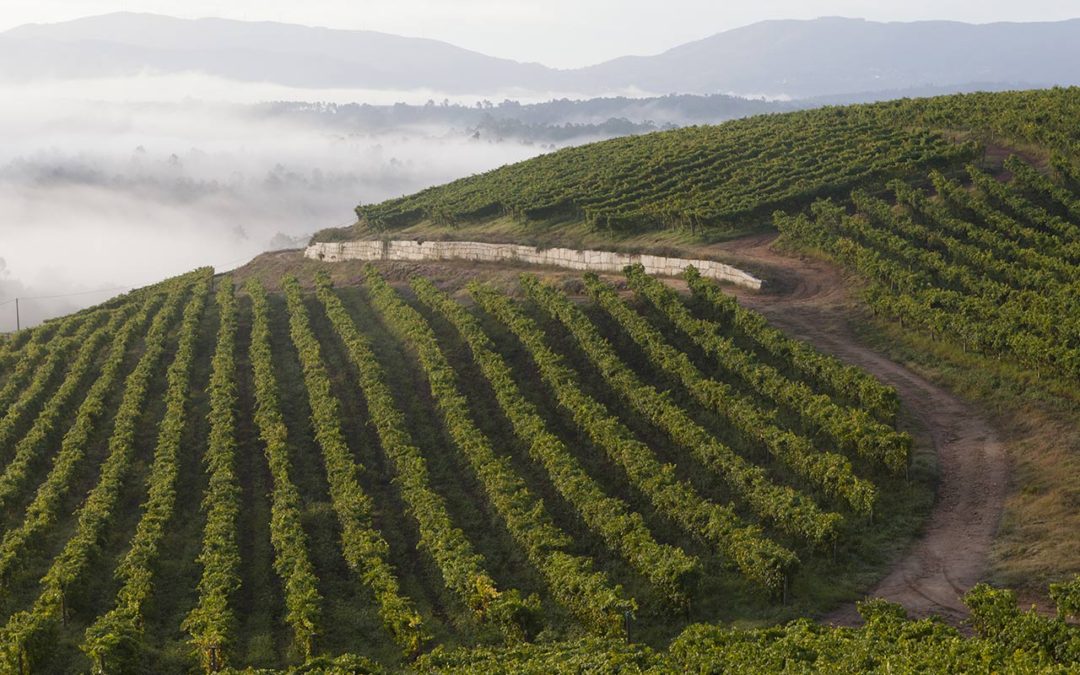 Bodegas Masaveu has become, after 45 years of experience, a benchmark in the wine sector with five wineries, distributed by different denominations of origin in the country, which are committed to limited, sustainable and excellent productions. The company currently produces almost one million bottles, owns 440 hectares of crops and is present in 45 countries.
Bodegas Masaveu’s project combines proven winemaking know-how and modern management, and is committed to expansion in different Spanish regions of reference, based on the differentiation of its brands and wineries and the opening of new markets..
The company’s hallmark is based on the artistic concept of wine, understanding that the achievement of an exceptional wine is like a masterpiece that relies on two basic elements: a good raw material (land and grapes) and a great oenological work. Or, put another way, the talent of the artist and his color palette. Bodegas Masaveu seeks that original and creative expression in its elaborations, also valuing innovation and technology, and thus responding to new consumer trends.

The Masaveu family began to invest in the wine sector in 1974, when they acquired Bodegas Murua. However, the family’s vineyard plantations date back to the mid-19th century, specifically in Castellar del Vallés, where the family originated and where Federico Masaveu Rivell began the steps that his descendants would continue a century later.
Since then, Bodegas Masaveu has been growing with a firm commitment to quality in the production of its wines in different designations of origin, with an ecological philosophy of maximum respect for the land. Through its own vineyards, it is possible to transmit, in each of the bottles, the unique personality of that terroir. In this way, each and every one of Masaveu Bodegas’ projects in different regions of the country are united in a common denominator, excellence and sustainability: Murua (DOCa Rioja) , Fillaboa (DO Rias Baixas) , Payments of Araiz (DO Navarra) , Leda ( Wine of the Land of Castilla y León) and Valverán(Asturias) .

Bodegas Murua is located in the heart of the Rioja Alavesa, in Elciego, a historic town built in the s. XVI that impregnates it with a unique wine tradition. Here, Murua has a valuable heritage: 110 hectares of its own vineyard, very old vines over 60 years old; 30 plots with vines with deep roots that show all the typical characteristics of their native varieties: Tempranillo, Graciano, Mazuelo, Viura, Malvasia and Garnacha. It was the first in
formar parte de este grupo vitivinícola hace 45 años.
Valverán ice cider – the first and most exclusive ice cider on the Iberian Peninsula – is the result of more than ten years of research and testing. In 1998, in Sariego, the heart of the Cider Region of Asturias, José Masaveu Herrero, General Director of Masaveu Bodegas, began his most personal project located in Llagares Valverán. Here, more than 20,000 apple trees are cared for using integrated organic farming techniques on a farm that expresses all the
green charm of the Asturian landscape.
Bodegas Fillaboa is located in the DO Rías Baixas and represents the magic of Galicia, the enchantment of its landscapes, and the seduction of unique Albariño vineyards collected on 54 hectares. A 1,600-meter-long stone wall houses the vineyards, a stately manor house and a stone chapel that are vestiges of its fabulous history. Bodegas Fillaboa was born at the end of the 18th century and has belonged to the Masaveu family since 2000. It is one of the oldest and largest estates in Galicia, and the only winery belonging to the prestigious association Grandes Pagos de España, which promotes, recognizes and promotes Spanish wines of the highest quality linked to the
singularity of the terroir and the land where they are born.
With the acquisition of Finca Pagos de Araiz by the Masaveu family in 2000, a fresh and daring project germinated in Navarra, which was completed with the founding of the winery in 2003.This commitment began with the construction of a building absolutely cutting-edge 14,000 m2 located on the outskirts of the medieval town of Olite. In the following three years, they planted, on that 400-hectare estate, 240 of their own vineyards around the facilities. The innovative management method and the wide variety of wine tourism activities on offer connect the historical, natural and winemaking importance of the area to art and gastronomy. The ideal scenario for a brilliant and promising future, linked to the values of Navarra, a classical yet emerging winemaking territory.
To speak of Leda , located in Tudela de Duero (Valladolid), is to speak of unusual and extraordinary wines that reflect power and personality; of an attractive “multiterroir” winery concept that connects the essence of the Tempranillo grape with the expression of selected vineyards from different areas of Castilla y León. Winery promoted in its beginnings, in 1998, by the prestigious oenologist Mariano García, linked to some of the most important wine projects in Spain. The Masaveu family joined this project in 2009 to subsequently produce wines with a philosophy of organic farming with maximum respect for the vineyard.