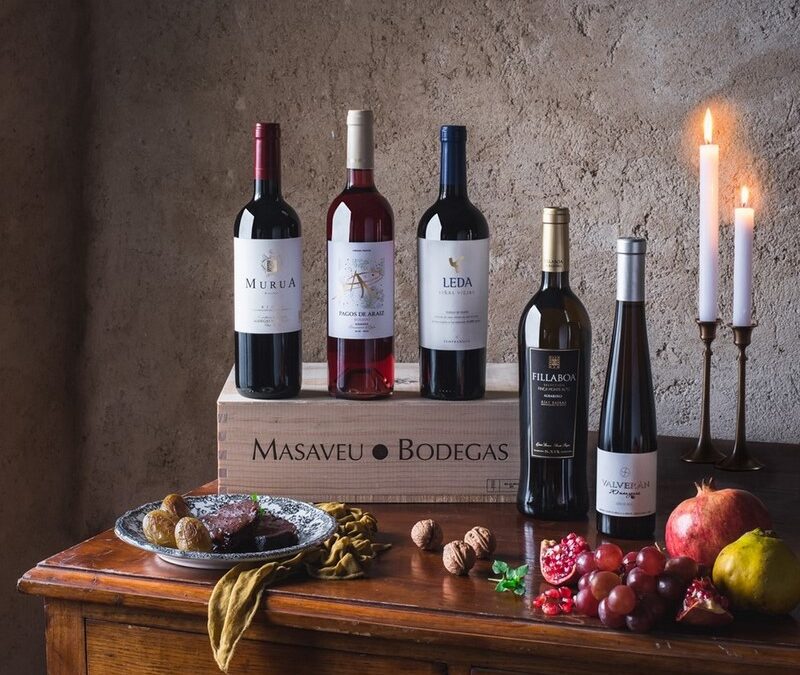 Masaveu Bodegas has increased its turnover in 2021 by 35% compared to 2020. This data allows the company to be satisfied and confirms the recovery after the decrease in turnover in 2020 due to the pandemic, with revenues 25% lower than the previous year. The group is optimistic about 2022 and understands that this year the recovery that began last year will be consolidated.

The winery group, led by José Masaveu, has invested 20% of its turnover in the last five years (2017-2021) in the renovation of machinery, the purchase of barrels and the acquisition of estates . The strong investment responds to the business objective of improving the quality of its wines and serving the national and international markets. Despite the fact that the Spanish market concentrates 53% of its sales, the company works steadily on its export sales, which already account for 47% of its turnover, being present in 40 countries. Of that 53%, 60% corresponds to hotels and restaurants, 15% to supermarkets, and 25% to e-commerce, companies, wine clubs, etc.

“In 2021, the sales channels that have experienced the greatest growth in the Spanish market have been the wine clubs and specialized stores and the Horeca channel, with a 155% and 124% increase, respectively,” says José Masaveu. And he adds that “ we are fully focused on continuing to improve the excellence and oenological quality of our five wineries, creating wines under a philosophy of craftsmanship that incorporates several basic ingredients: excellent terroir, our own vineyard, a commitment to organic farming and a team of first level ”, he points out. During 2021 the company has increased visits to wine websites and stores by 35%, ‘fruit of the effort in the digital channel made in the last three years’, points out Masaveu, although the ‘distribution channel continues to account for the highest percentage of sales, with 52% of the total in Spain ‘, nuance

The group’s wineries with the highest turnover are Murua (DOCa. Rioja) and Fillaboa (DO. Rías Baixas) with 33% and 31% respectively, but the ones with the highest percentage growth in 2021 compared to the previous year were Leda ( Wine of the Land of Castilla y León) and Pagos de Araiz (DO. Navarra), with 71% and 66%, respectively.

A benchmark in the sector with five wineries

Masaveu Bodegas has become in its 47 years of life a benchmark for quality in the winery sector with five renowned wineries distributed by different geographical indications in Spain. The current production of the five wineries reaches one million bottles, they have 400 hectares of their own vineyards and are present in 40 countries. Among them, the European markets of Switzerland, Germany, Holland, United Kingdom and Luxembourg stand out; in America we must review the United States, Colombia and Mexico; and in Asia, China and Japan.

In its more than four decades of life, Masaveu Bodegas has managed to become a solid company that unites proven wine knowledge and modern management, and has opted to expand in different Spanish reference areas with limited, excellent and sustainable elaborations, and with a growing internationalization strategy . The company is committed to continuous growth based on the differentiation of its brands and wineries, the opening of new markets and the diversification in the distribution of its products.

The company’s seal is based on the artistic concept of wine, understanding that the achievement of an exceptional wine is like a masterpiece that is based on two basic elements, the raw material (land and grapes) and oenological work.

For the general director of Masaveu Bodegas, the oenological concept and the principles that determine the direction of the group are essential: “We do not want to be just another winery group; we have a differential value and we are making it reach the final consumer. Our vision is based on the maximum respect for the land, the vineyard and the raw material, to extract from all this the best possible creative expression, with the characteristics of each area.”.

The Masaveu family began to invest in the wine sector in 1974, when it acquired Bodega Murua, but the family’s vineyard plantations date back to the mid-19th century, specifically in Castellar del Vallés, where the family originated and where Federico Masaveu Rivell began the steps that a century later his descendants would continue.

Since then, Bodegas Masaveu has been growing with a firm commitment to quality in the production of its wines in different DO’s and to the ecological philosophy that they show and the utmost respect for the land, in which it has its own vineyard plantations, thanks to which they manage to transmit, in each bottle, the unique personality of each terroir. In this way, each and every one of the Masaveu Bodegas projects in different parts and regions of the country are united in a common denominator: Murua (DOCa. Rioja), Fillaboa (DO. Rías Baixas), Pagos de Araiz (DO. Navarra ), Leda (Wine from the Land of Castilla y León) and Valverán (Asturias).